I don’t really feel like I have anything remarkable to note on this year. I have changed my mind a bit about what I said about microservices in 2021 in review.

I think Event-driven microservices overcomplicate 99% of projects that use them. I don’t believe its worth going that route unless you have evidence that going with something simpler will not scale at your expected usage levels. I believe it analogous to an early-optimization problem and you should worry about having something that solves the problem correctly before worrying about managing a scale you may never achieve.

I spent the latter quarter of 2022 getting into bouldering at my local climbing gym with a few of my friends. It has been fun, challenging, and great to actual be getting some exercise. I have been pretty good about keeping up a twice a week cadence of having climbing sessions with only a few missed sessions due to an injured back and being sick. 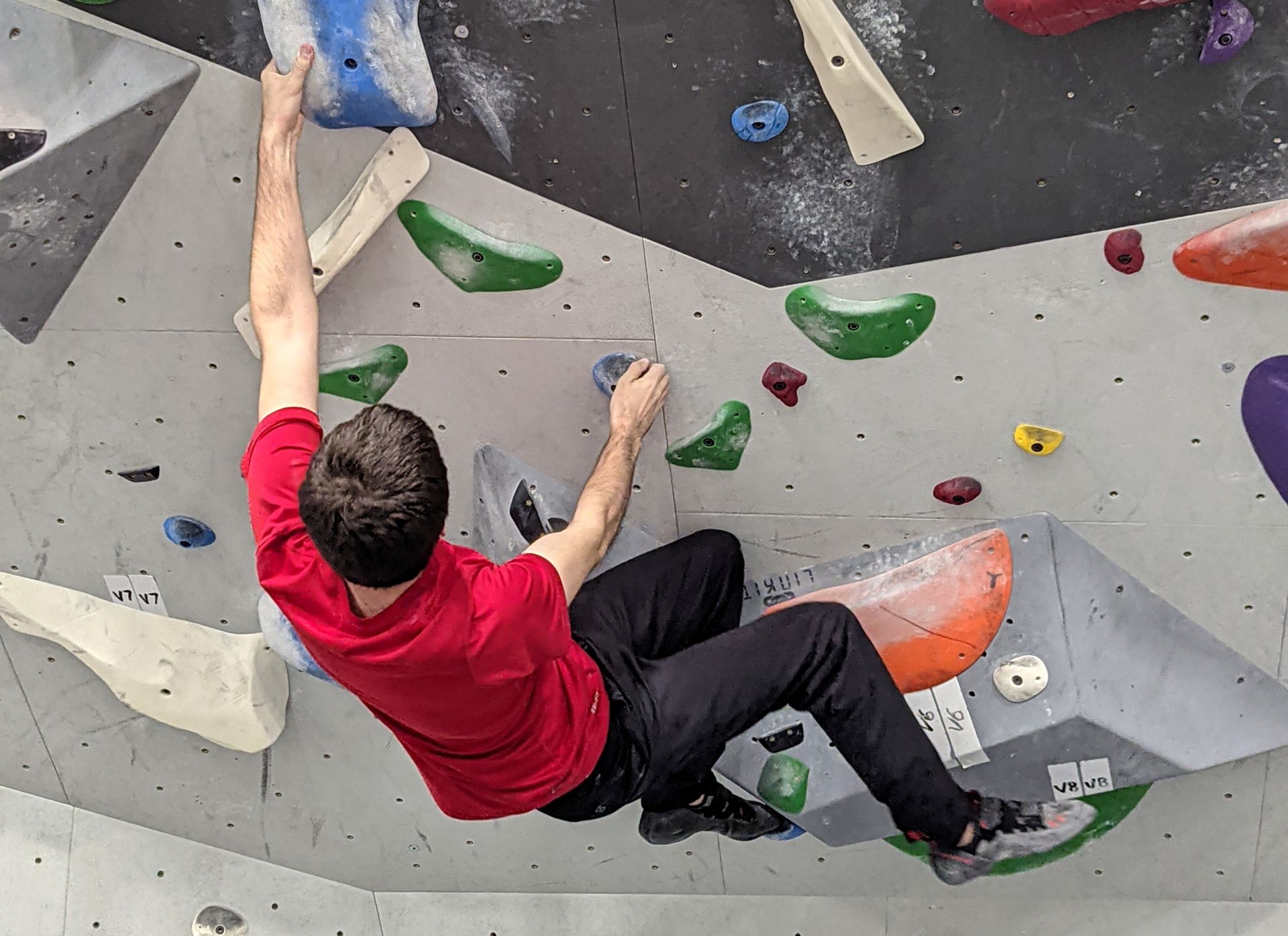 I left my job as a Principle Software Engineer at Tucows for a Senior Software Engineer position at a company named Procurify. Despite the lower title I took a pay raise, and now work 4 day work weeks, Monday → Thursday. Having consistent 3 day weekends does wonders for a work/life balance and more companies should embrace this. The team structure seems a lot nicer as well, with smaller more focused teams which I am enjoying more.

My previous computer was an AMD 3600 with a Nvidia 1070 GPU which was pretty OK but was starting to struggle a bit on some newer games. It would also intermittently blue screen with random error codes. I could never quite figure out what was going on to cause these sporadic failures. Sometimes it would happen multiple times a day, sometimes not for weeks and sometimes right after power on. I wanted to mix things up a bit so I decided to just do a whole new build to solve the problem.

The new computer I decided on was this:

I also reused my 16 GB of DDR4 RAM and disks from my previous computer since I was pretty certain they weren’t causing my issues.

I quite like this new build. The case lets you lay the motherboard horizontal which is nice for how big and heavy GPUs tend to be now. I used a bunch of 140mm Noctua fans to help manage airflow and the case is a lot quieter than my previous, especially when under little load where it is now barely audible.

I “upgraded” my Pixel 3 to a Pixel 7. It feels generally better but I have a few grievances:

My old phone was holding less than a day’s worth of battery and the USB-C port stopped working or I would have kept it around quite a bit longer I think. I hope by the time this Pixel 7 dies phones circle back to having modular batteries and being more user serviceable.

Gaming with my son

My son has taken an interest in both video and board games, 2 of my favourite hobbies. He turned 4 years old this year so he isn’t winning any Fortnite tournaments or whatever kids do these days but he does like running around in Mario Maker and/or Mario Odyssey on the Nintendo Switch as well as running around as C-3PO playing Lego Star Wars: The Skywalker Saga in co-op.

I try to limit his screen time but feel my reasoning is very hypocritical based on how much time I spend playing games.

I’ve managed to avoid AWS and other similar offering up until now. I recently had a look at using EventBridge to push events to services using an API Destination and found the whole ordeal to be very upsetting. Every time I thought I had figured it out it turned out I needed to configure yet another piece of this AWS infrastructure to do solve a self-imposed problem. Its no wonder Amazon can make so much money with the complex web they let you build and charge you unexpected amounts for when all is said and done.

Of all the “new” things I have done in the software development space, generalized infrastructure or whatever you might want to call things like AWS, GCP or whatever Oracle does has been my least favourite. I like just running specific services to manage specific data to solve my own specific problems rather than configuring Amazon to sort of fit my case.

I got my first 3D printer on the 30th of December, and stayed up until the 31st running into every possible problem assembling it. After I woke up on the 31st I was able to get it working.

The first print started good and then quickly turned into a spindly mess but after I adjusted a Z offset I was able to get some nice prints out of it. Things still do like to pull off from the bed while printing a bit, so I have some more fine-tuning to do before it is just fire and forget. 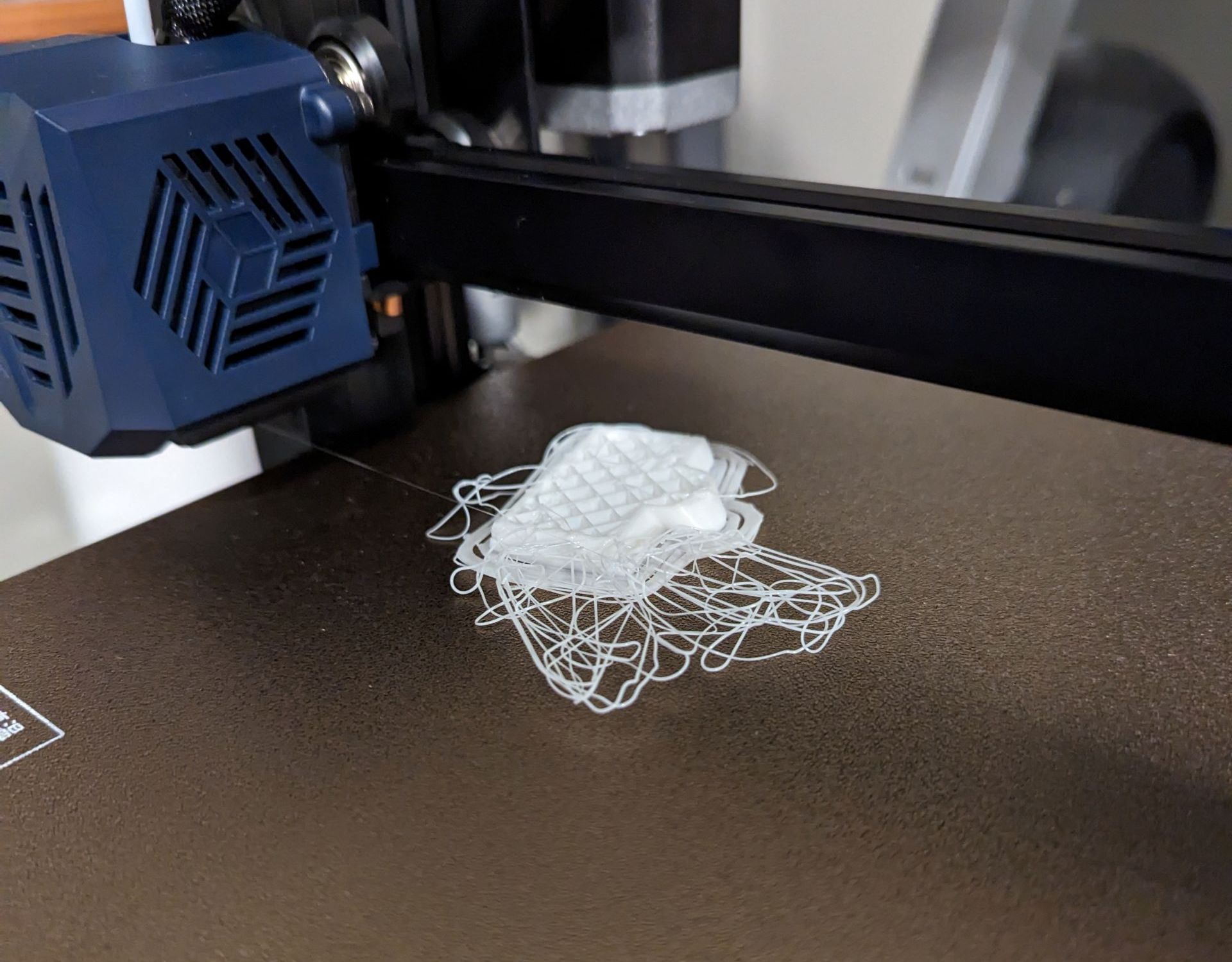 Memorable games of the year

It sounds like yet-another-roguelike-deck-builder but something about it clicked with me more than Slay the Spire or Monster Train. I first played it in co-op but kept playing by myself until I unlocked nearly everything

From the makers of Kingdom of Loathing and West of Loathing, this is another funny RPG with black and white stickman style art. If the comedy is your style its a great game.

I played through this colonizing mars game in a sandbox co-op mode with a friend before playing through the single player campaign. I wish some of the concepts from the campaign were available in co-op but the game is fun either way.

I don’t care much for the open world part of the game since it mostly just feels like filler in between the interesting dungeons, but the combat, dungeons and bosses are great. I played with the seamless co-op mod with a few friends after beating the game and it added a great new experience.

It does suffer from the same things that other open world games do where a lot of the content feels copy and pasted. There are many of these micro dungeons that almost feel like they were built in a template engine (Mario Maker but for Dark Souls) and you end up fighting the same boss multiple times just with different HP and damage numbers.

Like a modern version of SWAT 4, this game is a blast to play with a group of friends. The game isn’t finished yet as of the time of writing and for some reason they just disabled all of the mirrors in the game. They have one very questionable decision with a more expensive version of the game that gets updates earlier but overall I’m looking forward to seeing how the game shapes up as it finishes its journey through early access

I just started playing this over the Christmas break and its every bit as good as people say it is. I hope that the sequel comes to PC as well since I do not have a Playstation.